A few years ago, the Sunflower Alliance sponsored educational forums in Berkeley, Martinez, Pittsburg and Richmond informed the public about the dangers of crude by rail and the local refinery expansion projects, namely: Chevron (Richmond), Phillips 66 (Rodeo) Valero (Benicia) and Wespac (Pittsburg).

Two of the five forums were actually filmed (Richmond and in Berkeley).  The links to the films and speakers lists are below.

Bonus:  If you keep watching, you will see clips from a “Call to Action” sponsored by the group, Benicians for a Safe and Healthy Community.

For 25 years the Goldman family has been honoring grassroots environmental activists from all over the world. There ARE folks out there — no different from us — who fight the Davy and Goliath battles… and prevail!

In 2014, Kennedy opened the awards ceremony. His voice was hoarse but his words and spirit were passionate.  Kennedy pulled no punches and basically blew the top off the SF Opera House. 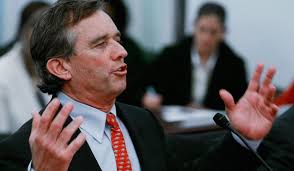