P66 is surrounded by 3 faults (San Andreas, Rogers Creek and the Concord fault)   Yet the EIR downplayed the significance of a future earthquake.   On the Other SIde of Reality, the Association of Bay Area Governments (ABAG) just issued a report that states that all the refineries up the Bay and along Gasoline Alley are at serious risk due to the interelationship of numerous faults below and nearby refinery infrastructure.

The big worry: oil piipelines failing due to soil liquefaction. Knowing pipeline material, age, weld types and other factors would help scientists know where failures are “more likely,” but that information isn’t available.”

Also cited as a serious concern: The Benicia-Martinez rail bridge, located between the two vehicle spans which could face “significant or complete damage.” 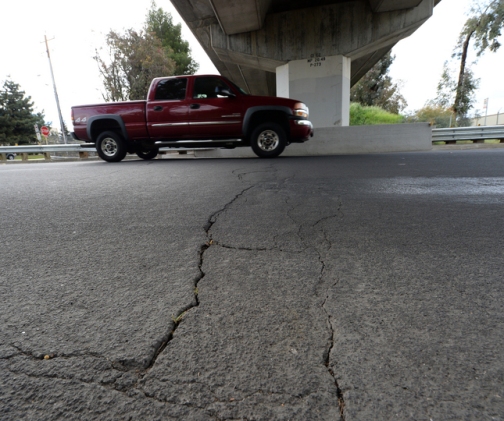