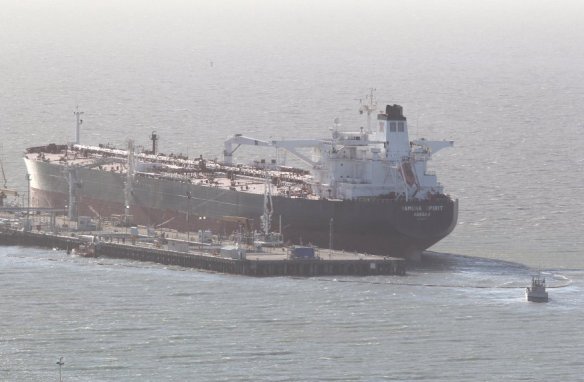 On Tuesday night, the Vallejo Fire Department received more than 800 calls from residents complaining of a strong smell of natural gas, gasoline and rotten eggs. An estimated 120 patients went to Solano County hospitals, with complaints of headaches, nausea and dizziness, according to the Solano County Health Department.   The tanker, now surrounded by hazmat booms,  was involved  in  spill in Nigeria in February. 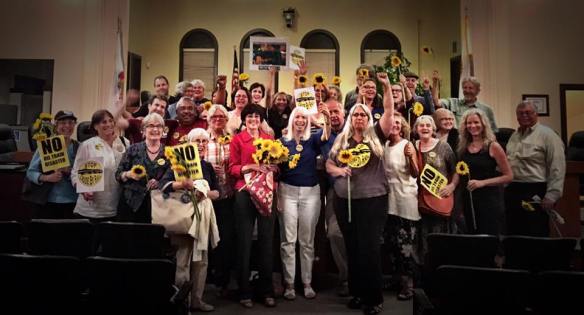 Caption by environmental college, Ethan Buckner:  “This is what Democracy looks like!”

This was a stunning victory after a 3.5 year long Davey and Goliath fight. Valerio went down in a one-two punch.  The  council’s 5-0 “NO!”  note and the U.S. Surface Transportation Board stinging rebuke of Valero’s claim of federal pre-emption status both happened on the same day.

The San Francisco Chronicle sees this decision affecting oil projects elsewhere in the county. Indeed Phillips 66 has been trying to do an end run around our communities of Contra Coast Coast and San Luis Obispo Counties claiming federal pre-emption defence in its two lawsuits.

Back in New York, Albany County executive Dan McCoy called the federal ruling “a victory for the community there and upholds that the municipality was not asserting undue influence on transportation by rail carriers and was not preempted by federal law from regulating such activity.” 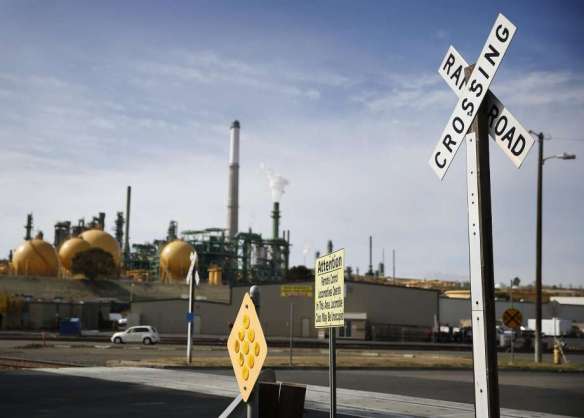 Posted by Brotherhood of Locomotive Engineer and Trainmen

The Association of American Railroads (AAR) petitioned the Federal Railroad Administration (FRA) for a waiver that would allow freight trains to travel up to 2,600 miles between mandatory air brake inspections instead of the current industry standard of 1,500 miles.